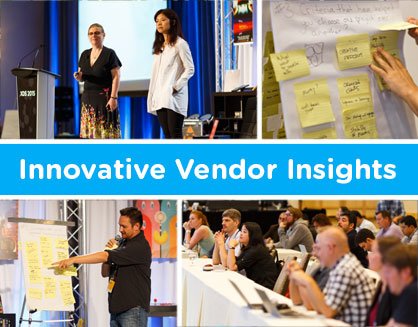 This year’s XDS saw a variety of exciting and innovative sessions. One of these was the first-of-its-kind, “How to be a True Partner to your Clients.” This break-out session provided an open forum for vendors to discuss common challenges and best practices in a safe and judgment-free environment, without the presence of their clients. The goal was to have a forum where the external partners could come together and talk about how to raise the quality of service that they provide.

Sixty representatives from various external partners attended, and no publishers or developers were allowed in the room – with exception of Ashley Liu (CEO of Mindwalk Studios) who co-hosted the session with Liza Wood (Senior Producer at Warner Brothers). The room was divided into five stations, each supervised by a station leader, who engaged the attendees in brainstorming on various topics. The following covers the highlights of each.

This station called participants to think back to “failed”

engagements and discuss the issues that caused them to fail. Some of the most popular topics were engagements in which:

Once the causes of these failed engagements were discussed, the group moved on topotential solutions:

Led by: Arseny Lebedev, Director, Media and Entertainment at EPAM

Part One of Station Two asked participants about their communication

In the second part, vendors discussed common client-side communication errors. The following are some of the biggest issues discussed:

Station 3: Choosing to Take on One Project Versus Another

In this station, participants discussed examples of when they regretted

taking on a project and why. Some of the biggest examples were projects in which:

The second part of Station Three asked participants to discuss their criteria for choosing projects. Some of the most popular ideas included projects that:

Interestingly, while money (potential profit) did come up, many participants later retracted it, saying that indeed long-term stability was more important.

Station Four was interesting in that, unlike the other stations, it had little do

with clients. Two simple questions were asked. The first, “What are the top tools you use in collaboration with your clients?” saw the following answers (in a general order of popularity):

For communication: Jira, Base Camp

*Station Lead, Ron Ashtiani said it was in fact, “amazing to see how little people are using Excel.”

The above are just the most popular applications the session discussed, though other programs (Harvest, Tortoise SVN, Lifesize, Github, Google Sheets, and others) were also mentioned.

The second question asked participants to speak about what they feel is lacking in today’s tools, and the most popular answer by far was user experience and ease of use. Ashtiani suggested this could be why tools like Basecamp are so popular: more complex tools see little artist buy-in. Other areas included:

Station Five covered perhaps one of the most delicate topics, but there

seemed to be a great deal of agreement amongst its participants. The first part called for discussion on the best ways to proactively manage client expectations. Suggestions included:

Almost all these answers were communication centric, focusing on frequent and thorough questions, clarifications, and updates.

The second part of Station Five asked participants how to restore client expectations after a set-back. Steps include the following:

At the end, it was apparent that a session like this was long overdue.  Throughout the session there was a strong sense of relief that “oh finally, someone else is going through this too”.  On some topics, there were a lot of heads nodding, but consensus was not shared across every topic.   At times the microphone was grabbed to share a counter point which made for a very lively session.  It was obvious that sessions where vendors can share their experiences and learn from one other is desperately needed in the industry.  Hopefully this is the beginning of many similar sessions to come at XDS.